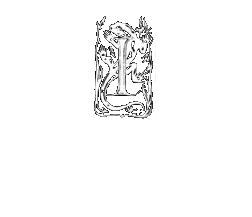 A fter World War II the business moved to Amsterdam where various addresses were occupied (Herengracht, Max Israel (January 21st, 1916 - October 12th, 2001)Leidsestraat, Johannes Verhulststraat, Singel 379) before settling down for a period of nearly 33 years at 264 Nieuwezijds Voorburgwal in 1971, close to Dam square.

This large 17th century house originally stood overlooking the canal which was navigated by tradesmen who mainly dealt in wood and timber (up to 1600), later on a flower market emerged. About 1740 the house was extensively renovated and redecorated on request of the owners, the family van Hemert-Schricks. The sculptors Van Logteren (father and son) designed and crafted the doors and panel work which can still be admired today. The canal stopped being a canal in 1884. The house was bought by the Hendrick de Keyser Foundation in 1929 and restored in 1930.

F rom 1950 onwards Max Israel (who died October 12, 2001) ran the business with the help of a large number of employees. The last 25 years a small group of dedicated employees formed the core of the business: Jaap Nieuwpoort, Wil Walison and Simon Blok. The former retired many years ago, Wil and Simon are responsible for the books and prints up to this moment. After appr. 14 years with the business Simon Blok became director in January 2001 last. Wil Walison is responsible for the bookkeeping and runs the printroom on Singel 379.

6 months before the death of Max Israel it became obvious that the internal renovation / redecoration of Nieuwezijds Voorburgwal 264 could no longer be postponed. The rent was terminated and a 2 year period was granted to clear the house. Max was adamant that the business should be continued, but of course could not foresee that he would not be there anymore to make decisions. By the end of 2003, after an incredible amount of work, we succeeded in relocating the business to the small village of Egmond aan den Hoef, some 25 minutes north of Amsterdam, easily reached by train or car. The building is decidedly modern, the books remain antiquarian.

Thus a new phase has started in the long history of B.M. Israel Boekhandel en Antiquariaat BV. Visitors are always welcome, but please call in advance.